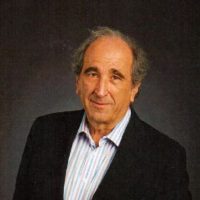 Andrew Lack serves as Chairman of NBC News and MSNBC. He oversees editorial and business operations for the award-winning television and digital news properties at both networks.

An NBC veteran, Lack returned to the company in April 2015. He first joined in 1993 as President of NBC News. Under his leadership, all four NBC News flagship programs – TODAY, NBC Nightly News with Lester Holt, Meet the Press with Chuck Todd and Dateline NBC – have been number one in the key A25-54 and A18-49 demos for the past three consecutive broadcast seasons. It marked the first time ever that the four programs were #1 for three consecutive seasons in both demos. In addition, MSNBC had a record year in 2018 in total viewers and was the second-ranked cable network in all of cable for the first time in the network’s history.

Lack has also overseen the growth and innovation of NBC News’s digital properties, including the 2017 launch of the Gen-Z news brand “Stay Tuned” on Snapchat – which quickly became the most watched news show on their platform and which has since expanded to YouTube, TikTok and Instagram – and the 2019 launch of NBC News NOW, the network’s digital streaming news service aimed at providing high-quality breaking news and in-depth analysis for millennials.

During Lack’s first tenure at the network in 1994, he was responsible for expanding the “TODAY” show to three hours and for creating the program’s street-side studio at Rockefeller Center in New York City.

In 2001, Lack was promoted to President and Chief Operating Officer of NBC. Most recently, Lack held the position of the first-ever Chief Executive Officer of the Broadcasting Board of Governors. Lack previously served as Chairman of the Bloomberg Media Group. He joined Bloomberg in October 2008 as CEO of its Global Media Group. Prior to Bloomberg, Lack was Chairman and CEO of Sony Music Entertainment. Lack spent much of his early television career at CBS News. Within a year of joining in 1976, he became a prominent producer for “60 Minutes” and subsequently senior executive producer of “CBS Reports.” Lack’s broadcasts at CBS earned numerous honors, including 16 Emmy Awards and four Alfred I. DuPont-Columbia University Journalism Awards.

Lack received a bachelor’s degree from the College of Fine Arts at Boston University, where he is currently a trustee. He lives in New York City and has two sons and a daughter.