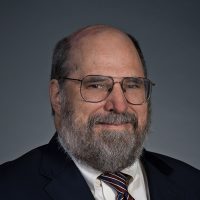 Dr. Art Morrish is vice president of Advanced Concepts and Technology, a focus area within Raytheon Space and Airborne Systems. As a member of the SAS leadership team, he is responsible for the development and implementation of emerging system concepts, products and strategic technologies that position SAS for the future. Raytheon Company (NYSE: RTN), with 2017 sales of $25 billion and 64,000 employees, is a technology and innovation leader specializing in defense, civil government and cybersecurity solutions.

Before L-3, Morrish was director of DARPA’s Tactical Technology Office, which develops large prototype military systems. At DARPA, Morrish provided strategic vision and oversaw the management of TTO’s unmanned systems, space operations, urban operations and other systems that deliver operational dominance to the warfighter. Earlier, Morrish served as TTO’s deputy director and also as program manager/chief scientist for Advanced Special Projects in DARPA’s Advanced Technology Office. He was primarily responsible for advanced concepts and designs of survivability systems and weapons; munitions for vehicles, aircraft and warships; and guiding development of countermeasures to defeat emerging weapon systems.

Prior to DARPA, Morrish was deputy program manager for Aircraft Low Observables at the Office of Naval Research/Naval Research Laboratory. Before that, he worked as a research chemist leading studies of diamond nucleation, diamond fibers and diamond composites. These efforts generated five U.S. patents. He has more than 50 papers, publications and presentations to his credit. Morrish is the recipient of the Secretary of Defense Meritorious Civilian Service Award for exceptionally noteworthy service of major significance to the DoD. Morrish holds a bachelor’s degree in physical science from Michigan State University and a doctorate in analytic chemistry from the University of Maryland.