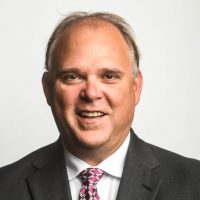 Bill Cook, with over 30 years of leadership in developing and operating bandwidth infrastructure networks, has demonstrated a proven commitment to delivering effective results and creating value for investors, customers, and employees. In 2012, Cook founded SummitIG and led the company’s unprecedented growth in Northern Virginia, the world’s largest data center market. He served as the company’s CEO until March 2019. He continues to serve as an advisor to SummitIG, and expertise and entrepreneurial style keeps him busy consulting to private equity, venture capital, and infrastructure firms.

Prior to SummitIG, Cook was instrumental in launching Intellifiber Networks, serving as its VP of Service Delivery and Operations. As Senior Director of Project Management at OnFiber Communications, he not only successfully managed the implementation of network augments, but also demonstrated his unique ability to create effective customer solutions. This skill was also recognized during his years as Senior Director of Network Development for Metromedia Fiber Networks, constructing and operating most of their West Coast and Central US markets.

Cook began his career at MCI, acquiring rights-of-way for its national network build-out and ultimately leading the Program Management organization. Additionally, his career has included serving in leadership roles with FiberNet, KDL and Zayo.

Cook holds a BA from the University of Mississippi. He remains an active member with the National Eagle Scout Association.