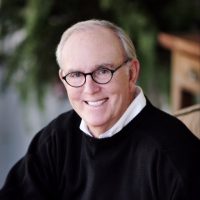 Scruggs is a native Mississippian, former Navy fighter pilot and lawyer who gained international fame as the lead lawyer for the states in their historic $250 billion settlement with the tobacco industry. He later went to federal prison in a judicial bribery scandal.

In prison, Scruggs’ job was preparing other inmates to pass their high school equivalency exam, an experience that upon his return in 2013 led him to form 2nd Chance Mississippi. For his successes as a lawyer and philanthropist, Scruggs has been profiled by the New York Times, Washington Post, Time, Newsweek, 60 Minutes, The Today Show, Frontline, NBC, CNN and other media organizations.