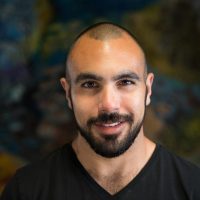 Jordan Noone cofounded Relativity Space in 2016 with the goal of bringing rapid 3D metal printing advances to the field of space exploration. He serves as the company’s Chief Technology Officer and chief engineer, leading launch vehicle and additive-manufacturing technology development while guiding the company’s technical strategy and vision; he also leads test and launch site acquisition and contributes to fundraising and customer acquisition.

Before cofounding Relativity, Noone worked as a development engineer for SpaceX, where he developed propulsion system components used in test flights, and at the USC Rocket Propulsion Lab, where he led two spaceshot attempts and was the world’s first student to obtain an FAA launch license to fly a rocket to space. He’s been honored on “30 Under 30” lists at Business Insider, Forbes, and Inc. magazine, and holds a patent for his developments in real-time adaptive control of 3D manufacturing. Noone holds a BS in aerospace engineering from USC’s Viterbi School of Engineering, and completed significant work toward a second undergraduate degree in biophysics.