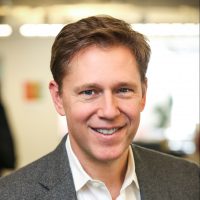 Kevin Martin is the Vice-President for U.S. Public Policy at Facebook, where he oversees Facebook’s work with policymakers on privacy, connectivity, trade, and other issues. Previously, he served as Chairman (2005-2009) and Commissioner (2001-2005) of the Federal Communications Commission. During his tenure, the FCC adopted a non-binding policy statement on net neutrality which led to the 2010 Open Internet Order. After leaving the FCC he joined the Aspen Institute as a Senior Fellow at the think tank’s Communications and Society Program, and later the law firm Squire Patton Boggs LLP as a Partner. He holds a bachelor of arts from the University of North Carolina at Chapel Hill, a master’s in public policy from Duke University, and a juris doctor from Harvard Law School.