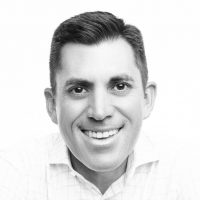 From 1997-2003, Fisher served on the staff of U.S. Senator John McCain. As a Professional Staff Member on the Senate Commerce, Science and Transportation Committee, he worked on the Subcommittee on Communications, advising then Chairman McCain on a wide-range of telecommunications issues and assisting with the drafting of major telecommunications legislation. Prior to working on the Senate Commerce Committee, Fisher served on the personal staff of Senator McCain’s office in Phoenix, where he worked closely with city, county, and statewide elected officials on federal policy that affected Arizona and its localities.

A veteran of political campaigns, Fisher worked on Senator McCain’s 1998 reelection campaign, was a campaign manager for a Republican Congressional candidate, and has been a consultant to various local and statewide campaigns in Arizona. He also served as an informal policy advisor to three Republican Presidential campaigns.

Fisher serves on the Board of Trustees for PGA Reach, the 501(c)(3) charitable foundation of the PGA of America. He and his wife, Rebecca, are co-founders of a Virginia 501(c)(3) non-profit called Operation Christmas Hope, which serves underprivileged families in Alexandria. He co-founded the Multiple Myeloma Charity Classic, a charity golf event that has raised $1,300,000 over the last ten years for Multiple Myeloma cancer research. Robert, Rebecca, and their two children, Savannah and Cole, reside in Alexandria, VA. Fisher graduated from Arizona State University in 1997 with a B.A. in Political Science.